You can learn more about the statistical literature on the web, but this article is about covariation within waterfall chart representations.

In our case, the covariation is essentially the part of the variation that you cannot attribute to either of the effects that you are trying to split.

1. Simple example of a covariation 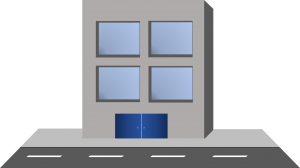 Now if you combine the addition of a floor and the enlargement of the building, your building will now end up with no more four windows but nine windows. You will be able to assign two additional windows to the addition of a floor and two additional windows to the extension of the building. So you can explain quite simply the creation of four new windows, but where did the last one come from? The ninth window corresponds to what is called the covariation, it comes from the joint effect of the two enlargements. 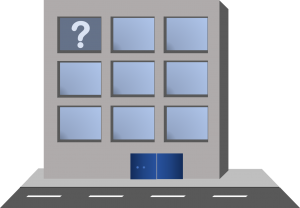 A Waterfall Analysis (WA) or waterfall chart analysis refers to the waterfall diagram used in finance on which are represented the different components (positive or negative) that add up to form the result that we seek to observe. Typically, such a diagram makes it possible to represent the evolution of a performance indicator (KPI) over time, e.g. the profits of a company, by representing the impact factors of this KPI. 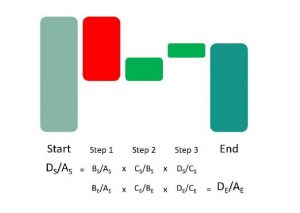 The representation of the main indicator (KPI), in a dimension chosen by the user, is based on the evolution of Primary Indicators (PI), also called a performance sub-indicator. For example with your KPI: Revenue (turnover) is induced by the underlying volume sold and selling price, which could be the different indicators on which a company could (or not) have the hand to act.

You want to analyze the variations in your revenue (Revenue (A)) between last year and this year. For commercial reasons, you may want to split your revenue (A) between volume (B) and price (B / A). So what you really want is to explain:

Which can be written as follows:

The graph below is much clearer:

The above graph illustrates graphically the impact of the covariation on the positive evolution of a KPI between its starting state and its arrival state, in the case considered (two PIs). It should be noted that, although the evolution of the KPI comes entirely from the evolution of the A and A / B indicators, it cannot be perfectly attributed to either of these indicators. Indeed, there is a shared impact of the different PIs on the KPI, called covariation, which must therefore be reassigned to each PI according to an arbitrary rule.

What you want to explain is the area gap between the two green squares. Just divide this difference between effect B (purple), A / B (yellow), and covariance (orange).

Let’s try to understand the covariation more concretely by taking our example of the evolution of Revenue between the results of 2019 compared to 2020.

On the simplified table that we have above we represent the volume of product sold and the revenue generated over the year 2019 and over the year 2020. Thanks to our sales team we have managed to sell more product in 2020 and at a higher price.

You begin to see the problem each change taken independently I manage to explain 300 € of evolution of my revenue but not the 350 € that I observe in reality. That’s 50 € difference represents the covariation.

The impact on your waterfall analysis

The above calculations are great, but difficult to show and explain to a businessman who just wants to understand why his revenue has gone up or down.

The percentage of covariance that we display in the DataMa Compare charts is the ratio of the covariance to the overall variation that you are trying to explain.

We put a “!” when the covariance becomes high (> 30%), but the analysis remains true. Just understand that the effects you are trying to analyze are not completely independent, so sometimes it’s not one effect (e.g. price) or the other (e.g. volume) that affects your overall KPI (e.g. income), it’s just both at the same time. And that’s your covariance!